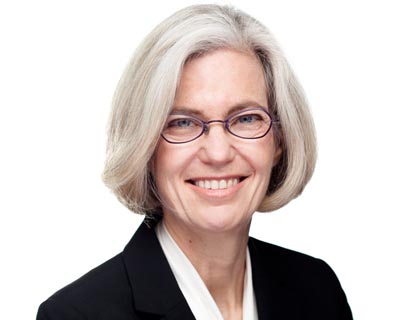 ABMGG
Dr. Blitzer is the CEO of the American Board of Medical Genetics and Genomics (ABMGG). She is also a Professor in the Division of Human Genetics in the Pediatrics at the University of Maryland School of Medicine, where .she served as Division Head for 20 years. After receiving her Ph.D. from the University of Pittsburgh, she completed fellowships at Tulane University School of Medicine and became board-certified in clinical biochemical genetics and PhD medical genetics. She has been the author of over 70 publications and over 100 abstracts.

Dr. Blitzer is recognized as a leader in medical genetics education and training, including teaching in and directing medical school courses, graduate student programs, and resident education. She served on the American Association of Medical Colleges Expert Panel that developed the "Medical School Objective Project" in Genetics Education for medical school curriculum that was published in 2005. She is an awardee of the Carolyn J Pass, MD '66 and Richard J. Susel '66 Academy of Education Excellence at UMSOM in recognition of her key educational roles.

Nationally, Dr. Blitzer has served on boards of the ABMGG (1996-2001, including term as president), the American Society of Human Genetics (2006-2009) the National Coalition for Health Professional Education in Genetics (2002-2006), and the Association of Professors in Human and Medical Genetics (2008-2013, including as president). In 2000-2001, she was a fellow in the Hedwig van Ameringen Executive Leadership in Academic Medicine Program for Women (ELAM). Currently she serves on the Board of Directors of the American Board of Medical Specialties.
Sessions